I just blew up my entire life

Sometimes the best jobs are the biggest killers.

A couple decades ago now (yeah, yeah… oooold! You shush! :D)… I landed maybe the best job I ever had. I started working for this company called CPI — which… the company was literally named after the CEO (slaps forehead).

These dudes and their big egos…

And small… ahem… sense of self-awareness.

Anyway, the job was an easy 6-figures if you were any good at all — which I was. It was sales which was/is kinda my thang. And, it was selling to customers who already had the service… I just had to get them to re-up.

It was almost unfair how easy it was.

Anyway, I eventually ran as far away from that job as I could.

And kinda just blew up my entire life at the time.

Because it was starting to suck me in. By that time, I’d figured out I was not cut out for the corporate 9-to-5 thing. And, I knew that no matter how good a job was… it was still towards the bottom of the career totem pole.

Annoying boss who named his company after himself.

I wanted my own thing. My own company to name after myself and annoy all my employees — and have them make jokes, years later, about how I have a small… ahem… sense of self-awareness.

Controlling my own destiny.

Something I could pass down to my kids.

All the things I’ve methodically built for myself since then. For example, just last week… the wife and I decided mid-week that we were going to go on a little mini-vacation. I told my clients I’d be out.

And we left just a couple hours later.

And it’s something we do regularly.

No way I could do that with a regular job.

But, here’s the thing… the point I’ve been bloviating incessantly about in these last few emails. Yes, freelancing is a good start. It’s a necessary step — and, heavens to Betsy, if you’re not freelancing yet… you need to get started.

But, it’s not the endgame.

You certainly have more control.

You DO own it.

You can break the time for money paradigm… a bit. But, it’s still heavily-dependent on you showing up and putting in the work day in and day out — even with an agency… you gotta show up and keep the troops in line.

It’s not the true “eff you” kind of freedom I think most people want.

At the height of my freelancing career… yeah, I was making a ton of money. But, I was also working more hours than I ever had. 14-16 hours a day. Neglecting my family, watching my kids grow up without me.

It even led to a bit of nervous breakdown.

It wasn’t what I’d imagined it’d be.

But, the reason WHY is because I got stagnant. I thought freelancing was the goal. It’s not. It’s just the beginning. True “I do what I want, when I want”… I can spend the whole day watching Netflix and eating Cheetos if I damn well please… freedom?

That comes from “ascending” beyond freelancing.

Get to freelancing if you’re still doing the J-O-B thang.

But, keep moving past it to more leverage and more free time.

Anyway, that’s why I created my Ascension Matrix course — it’s basically me imploring you to heed my warning here (and showing you HOW to do it). Because I know… if you haven’t felt it, yet… you will.

That day’s a comin’.

Why not just avoid it all together?

In any case, I’ve got the cure, in my braggadocious opinion. The course is up on Skillshare to give everybody, regardless of your financial sitch, a crack-attack at it. That’s because you can get it essentially free.

This link will give you access to a free 1-month trial of Skillshare: https://myjohn.us/ascend.

With that, you get 100% unfettered access to every course on the platform, including the Acension Matrix. So, you can get the free trial, take the course and if you it suits you.. .cancel before the month is up and you never pay a penny.

Not a bad gig.

Anyway, up to you if that tickles your tootsies or not.

The link again is here: https://myjohn.us/ascend

P.S. For patrons, you already have access to the course AND all my past courses AND certain Patreon exclusives only available to patrons. You can find all that on my Patreon page here: https://myjohn.us/patreon. 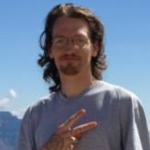 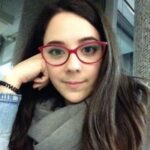 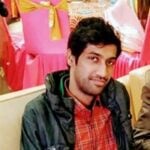 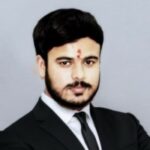 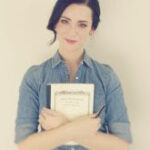 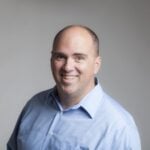 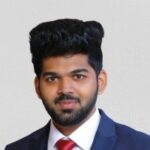